What if someone told you that Nestlé was investing in technology from AD 500—1000 to help keep the taps flowing in Peru’s nation’s drought-afflicted capital, Lima?

You’d be forgiven for your skepticism, but that’s precisely what is happening in the South American country that, bizarrely, is the world’s eighth most water-rich nation, but also one of the most water-stressed in coastal regions.

Here is the problem. Most of Peru’s rain falls in the Andes and the jungle interior, but 66% of the population live on the coast – especially in the Lima Region, which is home to 10.5 million people – where only 2% of the water is.

The Rimac River provides most of Lima’s water, but its low average water flow (less than 70 times that of Egypt’s Nile) means that the city is as an area of ‘absolute scarcity’ in water terms.

Even inland, rural communities face problems during the dry season that runs from June to August, since high rainfall in mountainous areas isn’t captured properly, and flows out into the Pacific Ocean.

This is where the ‘Wari’ people, who lived in Peru’s central highlands during AD 500—1000, come in. Accomplished civil engineers, they built an extensive irrigation network that ran through the southern central Andean mountains.

Shallow rock canals called ‘amunas’ captured mountain water during rainy season, and directed it to sandy, rocky areas where it infiltrated soil. Amazingly, this water then resurfaced months later in lowland areas for use during the dry season.

Genius, right? It just took some time to recognize the fact. Neglected for centuries, the amunas fell into disrepair. But this century hydrologists spotted their potential as a cost-effective means of helping Lima tackle its water deficit.

“Today one million people in Lima don’t have water at home. It’s delivered in big trucks and costs much more than water in the city’s richest districts. Water here is more a social than an environmental problem, and it’s one that amunas can help us solve” Antonio Arellano, Technical Manager for Nestlé Peru, explains.

Caring for Water in Peru

Through Nestlé’s Caring for Water initiative, we protect shared water resources for future generations and our business. Across the world, we focus on reducing, reusing and recycling water in factories, helping farmers manage water sustainably, protecting watersheds and improving access to safe water, sanitation and hygiene (WASH).

In Peru, we are donating an anticipated 32 million liters of treated process water from our Lima factory to irrigate green areas of the city. Currently, precious drinking water is used for this. Another project near our dairy factory in Cajamarca involves helping farmers improve irrigation and providing water and sanitation to local people.

At watershed level, Antonio and his team saw the benefits amunas could bring. This February, we began working with NGO Aquafondo to restore a two kilometer-long amuna in the Rimac River watershed.

The work is now complete, but it was not easy. The amuna rebuild involved hard manual labor 4,000m above sea level. The local community was closely involved in the project; it will help clean and maintain the system in future.

Whilst we will have to wait for next year’s dry season to see the full benefits of the Nestlé-sponsored work, Arellano is enthusiastic about the likely results.

“By bringing this ancient technology back to life, we expect to allow over 500,000m³ more of water to infiltrate and recharge the Lima aquifer each year, easing the city’s water shortages that affect the poor in particular,” he says.

San Pedro de Casta, a mountainside town that is home to 1,300 people, will also benefit. Until now, people here only had enough water for personal use in the dry season; now farmers will be able to irrigate crops all-year round.

Given the success of this first project, Arellano says that Nestlé Peru is exploring scaling up the project to rebuild more amunas – potentially this could make up 2% of Lima’s current water deficit.

All of which shows that where water sustainability is concerned, new headline-grabbing technologies are welcome, but ancient engineering know-how – in this case dating back over 1000 years – also has a vital role to play.

“We’re combining technology used by our ancestors with modern technology. For instance, sensors to monitor water flow in the amuna, and micro-sprinklers to ensure sustainable water use in San Pedro de Casta. That’s the beautiful thing about this project,” says Ian Nightingale, Nestlé’s Creating Shared Value Coordinator in Peru.

A look at our Silicon Valley Outpost
Read More 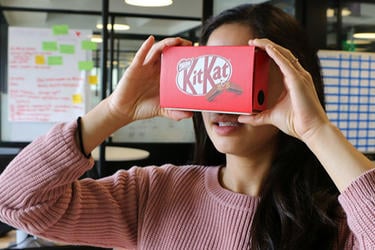 Innovation
A first in Central and Western Africa
Read More 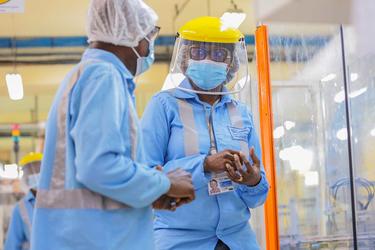 Diversity
Helping to save the Kinabatangan River
Read More 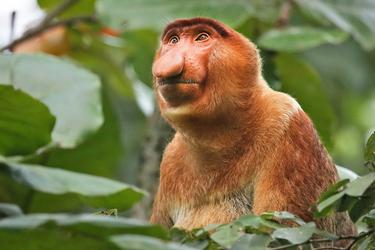 Deforestation
To The Top