How left over sweets are producing clean energy

"It's a bit like having a pet. You've got to love it and care for it and in return it will look after you."

Andrew Griffiths’ eyes don't quite glaze over, but there's a broad smile on his face as he talks about the new addition to the Nestlé factory at Fawdon.

The 'pet' he’s referring to isn’t an office cat or a goat brought in to keep the grass down. Andrew, who is Nestlé UK's Head of Environmental Sustainability, is talking about an anaerobic digestion plant, which quietly gurgles its way through hundreds of thousands of litres of liquid waste every day and turns it into green energy.

The factory in the north east of England makes some of Nestlé's best known UK confectionery brands such as Rolos and Fruit Pastilles. The production of these sweets inevitably creates some waste. Looking for ways this waste could be put to use instead of thrown away, managers turned to a centuries-old technique called anaerobic conversion.

The plant is primarily focused on processing the site's liquid wastes. In addition, rejected chocolates and sweets that aren't suitable for eating, and other leftovers including starch and sugar, get broken down into small pieces. The mixture is then dissolved into waste liquid from the site's cleaning processes to create a 'chocolate soup' (which is definitely not as tasty as it sounds).

This 'soup' is then fed into an airtight tank. Inside, anaerobic digestion (pdf, 500 Kb) occurs - the natural process of bacteria breaking down biodegradable material. And this is why Andrew Griffiths sees the plant as being like a pet. It's a living thing with its own likes and dislikes.

"It can get quite upset if its diet changes too quickly. It evolves and develops over time."

The agricultural industry has used the technique for centuries but what makes the system at Fawdon unusual is its ability to handle this liquid waste so much quicker.

From waste to warmth

Anaerobic digestion produces biogas, a renewable fuel which contains methane. The biogas produced at Fawdon can provide enough power to meet between 5 to 8% of the site's' energy needs.

As well as producing energy, the digester helps clean the waste water discharged from the factory.

It's given us a great chance to cut our waste, dramatically reducing our environmental footprintAndrew Griffiths, Head of Environmental Sustainability, Nestlé UK

"It's given us a great chance to cut our waste, dramatically reducing our environmental footprint," Andrew Griffiths says.

While based on a simple principle, the biogas system took time and money to get right. The site piloted the project for three months, using a smaller version of the anaerobic digester.

Set up at a cost of CHF 4.7 million, the system at Fawdon wasn't cheap. But the cost savings it generates mean the system is economically viable.

The Fawdon project is just one of many that Nestlé is investing in.

Nestlé objective:
zero waste in its sites
by 2020

The farmers no longer rely on wood for fuel, reducing deforestation in the surrounding areas.

Nestlé has implemented similar projects with farmers it works with in places like China, Mexico and Pakistan.

These are just a few examples of how the company is working to achieve its objective of zero waste in its sites by 2020.

For Andrew Griffiths, one of the unexpected benefits of the zero waste project is the effect it has had on the workforce. Seeing waste being turned into energy on site has made everyone focus on what else they can do in their own area to make a difference.

"It's been a catalyst to help everyone at the plant understand more about reducing our environmental impact."

Bacteria may be tiny, but they can make a huge difference when it comes to reducing energy consumption, eliminating waste and even changing human behaviour. 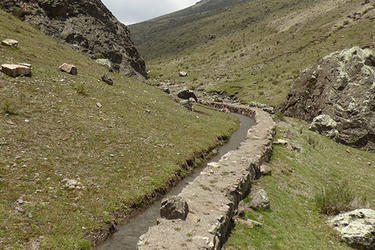 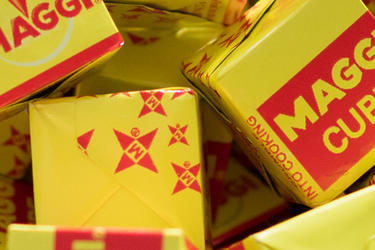 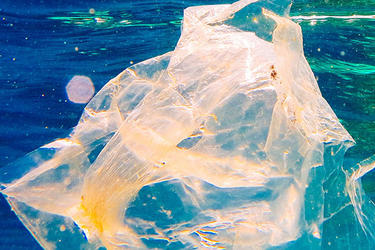