An estimated 2 billion people suffer from deficiencies in essential vitamins and minerals, according to the World Health Organization. That’s over 30% of the world's population.

It’s a phenomenon known as 'hidden hunger' and it can have devastating consequences – including mental impairment, poor health, low productivity and - in severe cases - death.

'Hidden' because there are not necessarily any immediate visible physical symptoms. 'Hunger' because people are not getting enough essential vitamins and minerals in their diets, particularly vitamin A, iodine, iron and zinc.

According to estimates, people can lose more than 10 percent of their lifetime earnings, and many countries lose at least 2–3 percent of their gross domestic product, due to undernutrition and micronutrient deficiencies. Patrick Detzel, Head of Impact and Evaluation at Nestlé Research

In India, for example, almost 50% of children aged 6-23 months suffer from iron-deficiency anaemia. It is the country’s single most important nutritional risk factor for children under five.

And to quote my colleague Patrick Detzel, Head of Impact and Evaluation at Nestlé Research: "According to estimates, people can lose more than 10 percent of their lifetime earnings, and many countries lose at least 2–3 percent of their gross domestic product, due to undernutrition and micronutrient deficiencies."

But putting an end to hidden hunger is within our reach if governments, civil society and the private sector work together to implement proven, low-cost solutions.

In an ideal world, people would obtain the essential nutrients they need from a balanced and varied diet. But this isn’t always possible, particularly for poorer populations.

Micronutrient fortification is a cost-effective way of addressing hidden hunger alongside efforts to introduce a more varied diet. In the short-term, some may need food supplements to treat deficiencies, and in the longer-term diverse diets are best.

In the medium term, food fortification is cost-effective and does not require any radical changes.

The fortification of staple foods – by, for example, adding iron and folic acid to bread, or vitamin A to cooking oil or sugar – has been a very successful means of reducing the disease burden for micronutrient deficiencies.

The food and drinks industry is a key player in helping to tackle this major global health problem by adding relevant micronutrients to food, especially the food that people already enjoy eating.

Governments may mandate food fortification, or food manufacturers can do it voluntarily. Companies that fortify food voluntarily should first conduct micronutrient landscaping – to identify nutritional gaps in a population. 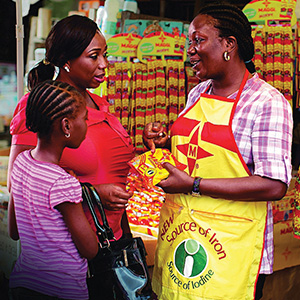 It is also important to be able to demonstrate the impact and benefit of planned fortification with the relevant nutrients.

Companies should maximise product availability and target the right people, with a focus on affordable, widely eaten products that retain their taste once fortified. Good examples are condiments, such as soy and fish sauce, stock cubes and seasoning.

Nestlé has already had success by fortifying Maggi stock cubes in West African states. This has helped reduce iron-deficiency anaemia in of Côte d’Ivoire by an estimated 3%, and reduced economic losses linked to this deficiency by USD 25 million.

Such actions also contribute to one of the WHO's global nutrition targets to cut anaemia in women of reproductive age by 50%.

In the Philippines, India and Pakistan, studies of the use of food to address iron deficiency in infants and young children concluded that the most cost-effective interventions are those targeting the poorest 20% of the population.

These people are also the hardest to reach, and doing so requires companies to collaborate with governments and humanitarian organizations on social programs. 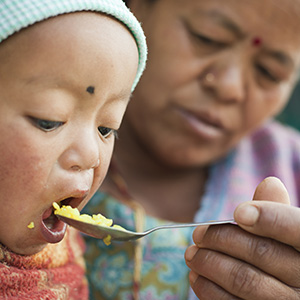 But when such programs are successful, the results speak for themselves. In China, for example, 20 companies worked with the government to promote the consumption of iron-fortified soy sauce. This led to a 30% reduction in anaemia rates, on average, among the 50 million residents targeted during a three-year period.

Eliminating malnutrition is a top priority in the global development agenda, and is the second of the UN's Sustainable Development Goals.

It is also essential to meeting several others, including Quality Education, Good Health and Wellbeing and Reduced Inequalities.

Business has an important role to play in eliminating malnutrition, as the Access to Nutrition Index (which measures companies’ contributions to good nutrition against international norms and standards) acknowledges.

Working with governments and civil society, we can help deliver tasty, nutritious and affordable foods to people in need, to make a difference where it matters most. 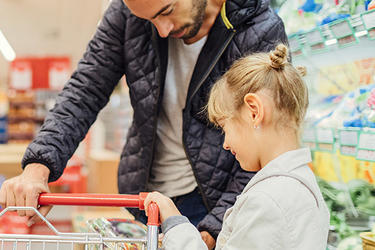 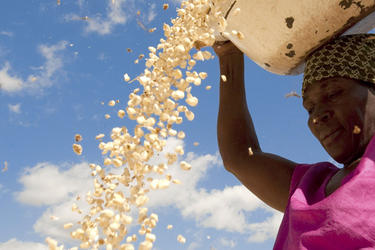