Did Nestlé try to patent the fennel flower?

No. We’ve never claimed to ‘own’ the fennel flower, nor have we tried to patent it. Our patent application related only to the specific way that thymoquinone - a compound that can be extracted from the seed of the fennel flower - interacts with opioid receptors in the body and could help to reduce allergic reactions to food.

The patent was not granted, and we are no longer pursuing it.

The fennel flower (also known as Nigella sativa, black seed and black cumin) is a natural species, and nobody could, or should, benefit from ownership over it. In accordance with the Convention on Biological Diversity, we fully support the principle of fair access and benefit-sharing when it comes to the raw materials we use.

What is a patent?

A patent is an intellectual priority right granted by an official authority covering an invention. Most countries have patent legislation to promote innovation and encourage investment in research and development.

Why is patenting important to Nestlé?

Patenting is important for Nestle, as it is for all inventors, be they individuals, universities, small or large companies, in all sectors of the economy. Our patents can help assure us a return on investment for our products, which we can then re-invest in new research.

What kind of patents does Nestlé have?

Our patents cover a diverse range of areas including aroma extraction from coffee, our Special. T system and light-weight water bottles.

Fennel flower seed and its health benefits are well-known: from traditional remedies to recent research. Has Nestlé discovered new benefits from this plant?

Fennel flower seed has been widely used in India and other countries for centuries and its benefits are widely appreciated. In recent years, researchers have published various studies on the positive effects of fennel flower seed in treating various allergies, including those affecting the respiratory system, but not specifically food allergy.

Our scientists discovered and researched a specific aspect of the way thymoquinone - a compound found in fennel flower seed - interacts with opioid receptors in the body to help reduce allergic reactions to foods.

Thymoquinone is a phytochemical compound found in the fennel flower and other plants. Research suggests it offers a wide range of potential health benefits.

What are opioid receptors?

Opioid receptors are specific cell surface receptors within the central and peripheral nervous system, as well as the gastrointestinal tract.

What would Nestlé’s patent have covered?

Thymoquinone itself has been studied regarding allergies. It’s a natural compound of the fennel flower and other plants. Protecting the ingredient itself was not the aim of our patent. Rather, we aimed to protect the findings of our research on the interactions between thymoquinone, or similar compounds, and the body’s opioid receptors, and how this interaction can help reduce allergic reactions to foods.

The patent was not granted, and we are no longer pursuing it.

Had the patent been granted, would other companies still have been able to use thymoquinone to develop products with health benefits?

Other companies could still have used thymoquinone if the product containing thymoquinone had not been developed based on our scientific findings.

Had the patent been granted, would I still have been able to use fennel flower in cooking, or for self-medication, for example?

Yes, the patent would not have prevented the use of fennel flower for any other uses, including traditional uses and natural remedies.

Helping kids in cocoa communities back into education 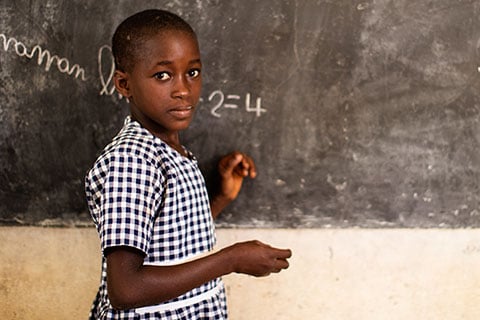