'Mucilon: Taking Care of the Planet for Your Children.' This is the latest initiative of Nestlé's leading infant cereal brand in Brazil. As part of Nestlé's reforestation program announced earlier this year, Mucilon is offering families the opportunity to dedicate one of the one million trees Nestlé will plant in Brazil’s Atlantic Forest to a child. In 2020 alone, the company will plant an estimated 500,000 seedlings.

To encourage those children to learn about and take responsibility for protecting the planet, they will each receive a confirmation of their personal tree's number.

"We want to act as a mobilizing force, a force for good that helps build a future which is better for everyone and, in particular, for our children", says Marcelo Melchior, CEO of Nestlé Brazil.

The aim of the reforestation program is to contribute to the expansion of the forest's green area, which covers approximately 1,200 hectares of replanted forest – the equivalent of 1,110 soccer fields. On top of that, more than 100 tree species will be restored, including some that are at risk of extinction. 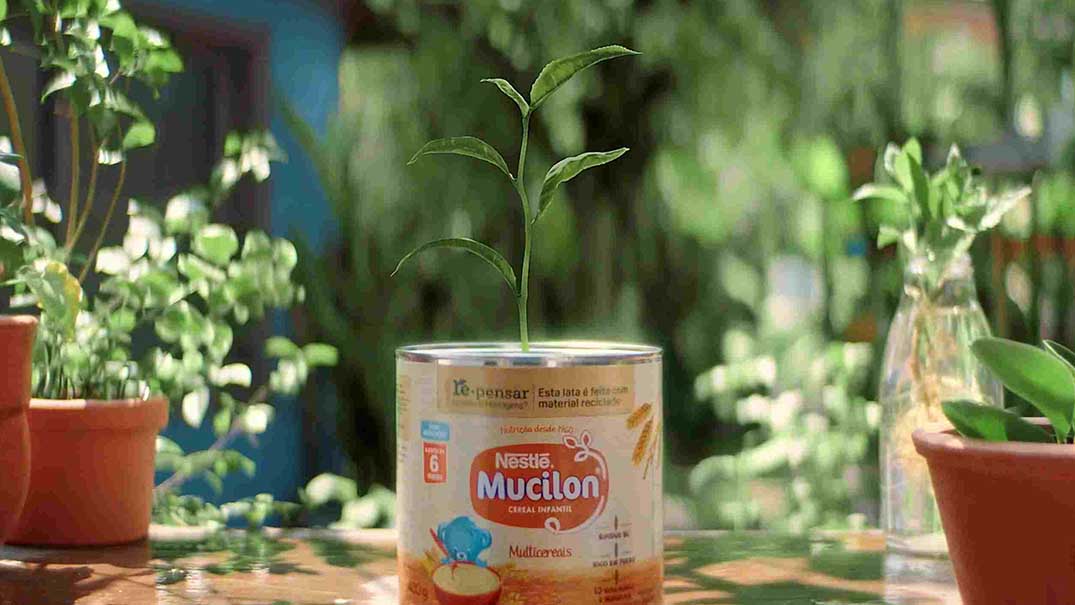 In Brazil, the reforestation program will be organized in partnership with the international institution One Tree Planted, which is coordinating the project with Brazilian NGOs Natureza Bela, Arboretum Program and OCT - Land Conservation Organization of Southern Bahia Lowlands. The area to be reforested consists of national parks and other protected areas including Indigenous Communities areas.

To further contribute to the sustainability of its operations in Brazil, 100% of the Mucilon packaging is now ready for recycling. It has switched its sachet line from multilayer to mono-material, which is easier to recycle and uses less plastic. With this, Nestlé will reduce the equivalent of about 300 tons of plastic per year.