We all know how easy it is to allow a banana to go off or a loaf of bread to turn stale, or to just not get round to eating those leftovers we’ve carefully saved in the fridge.

So we all understand the problem on a personal level. What is harder to grasp though is how much our individual waste adds up. Roughly one third of the food produced in the world for human consumption every year - approximately 1.3 billion tonnes - gets lost or wasted.

In developing countries that waste can often be due to problems in the production process or a lack of storage facilities.

1.3 billion tonnes
of food produced in the world for human consumption gets lost or wasted every year

The cost is staggering. The water wasted growing the crops, the fertilisers and fuels used in production and transportation and the greenhouse gases released when food rots in landfill. And that’s before we’ve even considered the money we’re wasting on food we never use.

Here are 10 ways you can tackle the problem.

It sounds simple (and it is) but this is one of the most important things you can do. When food shopping, don't buy too much.

Plan out your week’s meals and make a detailed shopping list with the ingredients you'll need. Stick to that list.

2. Get to know your freezer

Whether it’s for storing ingredients or leftovers, the freezer can help you slash food waste. Freeze surplus fruits and vegetables when they’re in season, freeze bread and other food that you get through slowly.

Prepare and cook perishable produce, then freeze for later use.

We have developed a wasteful habit of treating sell-by dates as the date to throw food away if it’s not eaten. Even use-by and best-by dates are not set in stone.

United States Department of Agriculture Food Safety and Inspection Service says that with the exception of infant formula, if the date passes during home storage, a product should still be safe and wholesome if handled properly until the time spoilage is evident. It says ‘spoiled foods will develop an off odour, flavour or texture due to naturally occurring spoilage bacteria. If a food has developed such spoilage characteristics, it should not be eaten.’ Find out more about how to be food safe.

4. Store food in the right place

Keeping food at the correct temperature can give a major boost to its lifespan. Heart.org breaks down where to put your fruits and veggies to make them last longer.

Once you’ve worked out which foods need to go into the fridge, understand where in the fridge is best. Again this will help extend the shelf life of your fresh foods.

Making several meals at once saves energy, water and time.

Having prepared meals waiting in the freezer also greatly reduces the temptation to resort to a takeaway or other unplanned food purchase.

Start with a small serving and get seconds if you want.

7. Know what you have

Keep an eye on what’s in your fridge. So many well-intentioned boxes of leftovers lurk at the back only to be rediscovered when they are way past their prime.

A tidy fridge will mean you can see what needs to be eaten soon and what ingredients you do and do not need to buy at the shop. Also make sure you put new supplies at the back so you eat the older stuff first.

If you find you still have too much, consider donating it to someone else who needs it. That could be a neighbour, relative or a local foodbank. Nutritious, safe and untouched food can be a great help to those in need.

Instead of throwing food in the bin, compost it. This way it will turn it into nutrient-rich fertiliser rather than just rotting in landfill.

But composting should be a last resort. The US Environmental Protection Agency has a food recovery hierarchy on how we use our food, stating first that we should reduce the waste we create, then donate food, try to feed livestock, use waste for industrial energy and then compost.

10. Keep track of your waste

To help reduce your food waste, keep a log of what is getting thrown out each week. You‘ll be surprised at how much it adds up to and can spot patterns of over-buying.

In the end you’ll save money and help the fight against food waste.

Our collaboration with TerraCycle
Read More 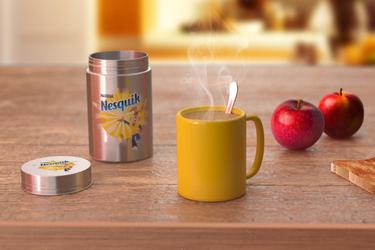 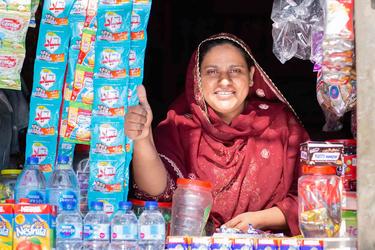 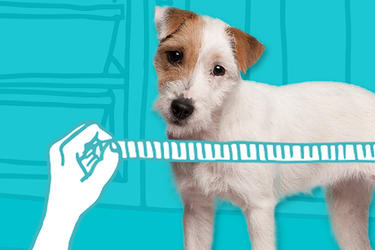 Healthier lives
To The Top