Nestlé mourns the passing away of Dr. h.c. Helmut Maucher 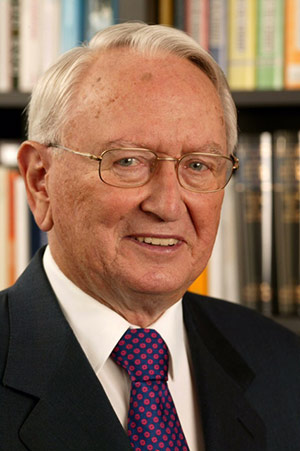 Paul Bulcke, Chairman of the Board of Directors of Nestlé S. A., said: "Helmut Maucher was a highly esteemed and charismatic personality, a strong and visionary leader, who dedicated so much of his life to Nestlé. His legacy lives on, as Nestlé owes much of what we are today to Helmut Maucher. With his passing we lose an exceptional human being, whose fairness, honesty and wise advice were always highly appreciated."

Helmut Maucher began his career with a commercial apprenticeship at Nestlé in Germany. In 1980, he was called to Switzerland and appointed Executive Vice President of Nestlé S.A. and Member of the Executive Committee. In 1981, he was appointed Chief Executive Officer of Nestlé S.A. From 1990 to 1997, Maucher was both Chairman of the Board and CEO. He continued as Chairman of the Board of Nestlé S.A. from 1997 to 2000. Between 1981 and 2000, Helmut Maucher built the company into the world’s largest food enterprise.

The Board of Directors and Management of Nestlé S.A. express their heartfelt condolences to Mr Maucher’s family.