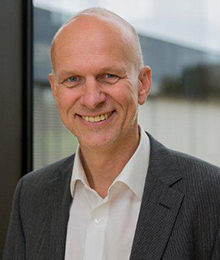 When a poor child in a developing country suffers from an episode of severe diarrhea, the treatment they need can often cost more than their whole family earns in a week.

A child’s susceptibility to diarrhea, largely a sign of infection resulting from poor sanitation in these regions, is increased if they are deficient in zinc.

Zinc is one of the essential micronutrients our bodies need to grow and develop, without which they are more vulnerable to disease and long-term damage.

A study Nestlé commissioned, published last year, used a health economic model to calculate the total lifetime costs of iron, vitamin A and zinc deficiency in a group of children aged six months to five years in the Philippines.

The results were staggering. Direct medical costs were USD 30 million, while future production losses based on the group’s reduced capacity for work as adults were more than half a billion dollars.

That’s not to mention the untold human cost of what added up to more than 122,000 ‘disability adjusted life years’, or years of healthy life lost to poor health.

Why, if micronutrient deficiencies are so expensive and so detrimental to people’s quality of life, isn’t more being done to prevent them?

Part of the problem is that their effects are not as visible as other forms of malnutrition, which is why they’re often referred to as a ‘hidden hunger’.

Take iron deficiency, the most common nutritional disorder in the world. Almost one third of the global population is anaemic, mainly because of a lack of iron in the diet.

The consequences of iron deficiency anemia include reduced physical and cognitive development, increased child mortality and lower productivity in adults, but these effects are often concealed in overall death rates, or reduced work capacity statistics.

Another challenge is that because prevention efforts do not bring immediate benefits, it’s harder to encourage people to invest in them.

All our health systems are geared to treatment. Globally, prevention efforts are allocated no more than 2% of an average healthcare budget, if anything at all.

That’s not to say successful efforts have not been made.

Thanks to a global fortification programme driven by international organisations and governments, iodine deficiency, which can cause brain damage, has almost been eliminated.

The programme has been effective because the iodine carrier is salt - a cheap, simple and universally accepted ingredient.

With other micronutrients, it’s more complex. Iron, for example, alters the taste and colour of food.

You have to invest in technological solutions to find appropriate carriers that are part of an existing food culture.

At Nestlé, we’ve identified a range of our products that are consumed regularly by populations with specific deficiencies as appropriate micronutrient carriers.

In 2013 we provided more than 167 billion servings of foods and beverages fortified with micronutrients including iron, iodine and vitamin A. We’ve committed to increase that to 200 billion by 2016.

But we can’t talk about micronutrient fortification only in terms of numbers of servings. We need to build more evidence about the impacts these products drive.

In other words, are we getting the right nutrients to the right people, at the right price?

Right now, we’re probably the biggest research group in the food industry trying to better understand this question from both an economic and health perspective.

It’s something we’ve been discussing at the III World Congress of Public Health Nutrition, where we’ve been presenting our research this week.

The study I mentioned earlier, which calculated the costs of micronutrient deficiencies in the Philippines, is one of a series we’ve commissioned, in partnership with independent research institutes, to evaluate the health benefits of fortified products.

Another, which analysed the combined results of 18 published trials involving more than 5,400 children, found that milk and cereal products fortified with iron and a combination of other micronutrients are more likely to help reduce iron-deficiency anaemia than foods fortified with iron alone.

Most recently, we launched a joint study and communications campaign in the Philippines, in collaboration with the Food National Research Institute, to encourage parents to give schoolchildren iron-fortified milks every day, and to measure the impact over time.

It’s important to work collaboratively to tackle a public health issue of this magnitude. No one organisation can solve it alone.

As an industry, we’re showing we’re credible partners, going beyond using our scientific knowhow to put micronutrients safely in a product and ensure they’re preserved until the end of its shelf life.

We’re investing more in research that demonstrates these products are making a difference.

And we’re doing more to use our marketing knowhow to help educate people to choose more nutritious products, at a price they can afford.

We are at the beginning, but by combining our efforts, we may one day reach a point where a family doesn’t need to spend every last cent on treating a child’s preventable illness, because that illness was avoided, or the severity of its effects reduced, through accessible, affordable nutrition.

And if we can do more to calculate the economic cost of micronutrient deficiencies, we might eventually be able to reduce a cost that can’t be quantified - the human one.