The restaurant’s kitchen of the 5-star hotel 'Palacio de Tangara' was in full swing when an order for a 'pudim de leite' – a rich and creamy flan popular in Brazil – came in.

The bad news: the dessert was not on the restaurant’s menu – the flan could be found in traditional bakery shops across the country, but not so much in upmarket restaurants like that of the 'Palacio de Tangara'. No one was keen to break the bad news – the five-star establishment made a point of attending to all its guests’ needs, however unusual they might be.

That is when Felipe Cunha Chavez, a kitchen assistant a few months into the job, came forward and saved the day. The 25-year-old Brazilian rounded up the supplies needed and whipped up the desert with the aplomb of a seasoned pastry chef – drama avoided!

As it turned out, Felipe had learned to prepare 'pudim de leite' during his YOCUTA training – along many other skills.

YOCUTA stands for Young Culinary Talents, a Nestlé training program with a focus on the culinary industry. Its aim: to develop young chefs, by providing students with all the necessary tools to pursue a successful career in the culinary industry. At a time when the foodservice industry is grappling with an acute shortage of skilled culinary workers worldwide, the program provides a fresh pool of talent.

The YOCUTA program falls under Nestlé’s broader Nestlé Needs YOUth Initiative, whose ambition is to help ten million young people worldwide access economic opportunities by 2030. Launched in 2015 in Latin America, the YOCUTA program has already helped over 2,000 students in the culinary area. It is now being extended globally with a view to supporting thousands more.

More than just pots and pans

Through YOCUTA, aspiring young chefs acquire a wide range of theoretical and practical skills needed to succeed in their careers. The participants gain practical cooking experience under the supervision of top chefs. Many also get first-hand experience in a restaurant’s kitchen.

The training extends beyond the kitchen: participants attend résumé-writing workshops and job interview simulations, honing the other skills they will require to help them land their dream jobs.

Felipe’s training took him to 'El Instituto Laurent' – named after celebrity French chef Laurent Suaudeuau – where he acquired a solid grounding in culinary techniques, as well as basic nutrition knowledge. He then attended an intensive pastry and confectionery training course run by Flávio Federico, another top chef in Brazil.

“That was a great experience. I have not only been exposed to entirely new culinary techniques, I was also able to refine the techniques I was already using,” said Felipe, who has been, in parallel to his full-time job at the 5-star hotel, running an online business selling homemade bite-size confectionery known as 'brigadeiro' in Brazil for more than ten years.

“Our sweets have become more refined thanks to what I learned at YOCUTA, and our business is growing from strength to strength”.

Felipe is grateful for the opportunity provided by Nestlé’s training program, which helped him secure a job at the prestigious establishment where he is working now. “Without YOCUTA, I don't know where I would be today,” he said.

“This program has helped me so much. It is like I have fast-forwarded my career by ten years.” 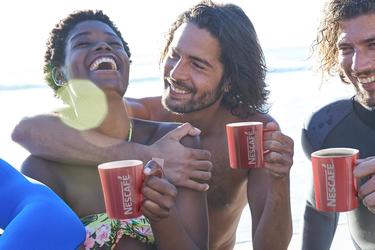 Innovation
Improving our understanding of the resilience, productivity and taste of…
Read More 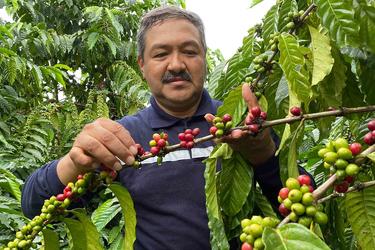 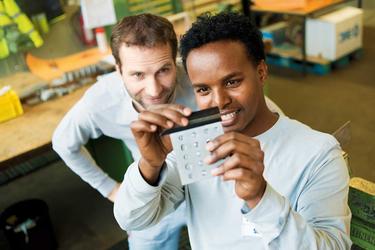 Youth
To The Top