"It should rain in March or April but it hasn't," farmer Hoàng Mạnh Thu explains, shaking his head as he walks along the long lines of coffee plants.

Vietnam has been going through its worst drought since 2016 and the difficult conditions are expected to continue.

The country’s national weather centre reported that in 2020 some areas received rainfall 84% lower than the average. In Mr Thu’s region, one in five of the reservoirs used for irrigation have dried up.

The coffee farmer used to be able to tend his five hectares of coffee plantations with two wells. "Now," he says, "five wells cannot provide enough."

Vietnam is the world’s second largest coffee producer after Brazil and the coffee farmers rely on the industry for their livelihood. Most coffee grows in the Central Highlands, where agriculture accounts for over 95 percent of water usage.

As well as drought, climate change and the use of water for irrigation means that water scarcity is a growing problem. It's compounded by the fact that farmers are unwittingly using much more water than they actually need. 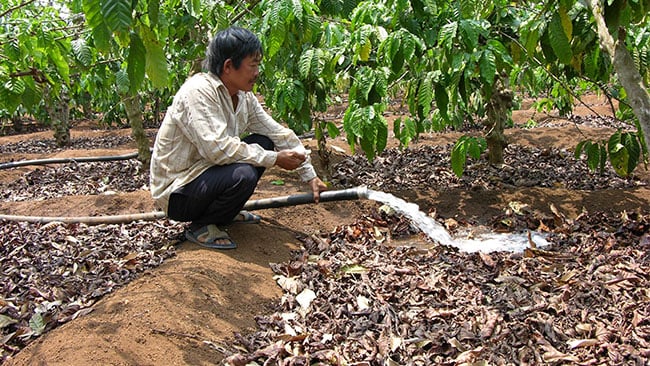 A study co-funded by Nestlé found that coffee farmers used 60% more water than necessary during the dry season.

As well as the environmental toll, overuse of water is a threat to the future of the coffee industry and is costing farmers money. While they don’t pay for the water from local wells, they do have to buy petrol to run the pumps and time spent irrigating unnecessarily is wasted time as well as wasted water.

Most coffee in Vietnam is grown on smallholdings of two to three acres. That means large-scale management techniques are out of the question. So, something cheap and easy is needed to help farmers better understand the amount of water they should use.

Cheap and easy solutions - truly effective ones - are very hard to come by. In this case though, that’s exactly what’s been found with the help of local agricultural advisers from Nestlé.

The essential tools? A water bottle and a condensed milk can.

By putting a plastic bottle upside-down in the soil and watching condensation levels inside, a coffee farmer can measure soil water content. When water droplets become scarce, it is time for the first irrigation of the season.


After this, the farmer can use an empty condensed milk can to measure rainfall. For example, if a standard milk can is one-sixth full of rain water, he knows his trees nearby have received around 100 litres of water. Irrigation levels can then be adjusted accordingly.

"The bottle and the can work," says Pham Phu Ngoc, the local head of Nestlé’s Agri-Service team. "It’s more effective than using more complicated tools that could be too scientific for the farmers to master."

Vietnam's coffee farmers had been using 700 to 1,000 litres of water per tree for each watering, he explains, but now they achieve the same coffee yield using only 300 to 400 litres – a saving of more than half in many cases.

It’s an idea that Ngoc has helped spread among Nestlé’s almost 20,000-strong Farmer Connect network in the country, which supplies the company with coffee.

While farmers in more developed countries use more sophisticated tactics to reduce water use, grassroots activities and education are proving effective in rural Vietnam. The milk can and plastic bottle are good examples of everyday objects that can be easily used and have a significant impact.

Hoàng Mạnh Thu - who was struggling to get enough water from five separate wells - is one of the many to have benefited. Since adopting the technique he has seen his coffee output rise by more than 10% at the same time as cutting his water usage significantly. Mr Thu said the no-cost bottle-check method has saved a third on fertilisers and halved costs of labour, electricity and fuel.

Nestlé promotes more comprehensive guidelines on water conservation to its Farmer Connect network in Vietnam, through its Nescafé Better Farming Practices developed with the NGO Rainforest Alliance, which form part of the global Nescafé Plan.

Working with the Swiss Agency for Development and Cooperation, the company is also helping to spread water-saving techniques to coffee farmers beyond its own supply network.

“The bottle and the can are simple tools to gauge soil moisture content,” says Carlo Galli, Nestlé’s Technical Manager of Water Resources at the company’s head office in Switzerland. “This Vietnam case is not about high tech, it’s mainly about common sense and doing the simple things.”

Our planet's future relies on their regeneration
Read More 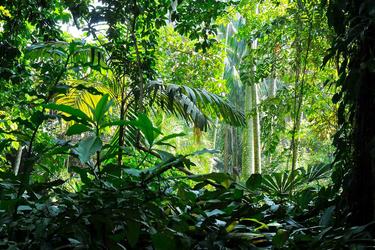 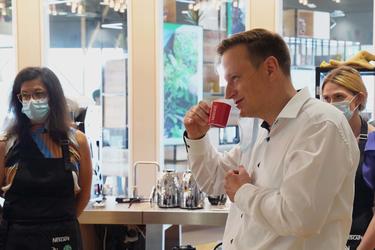 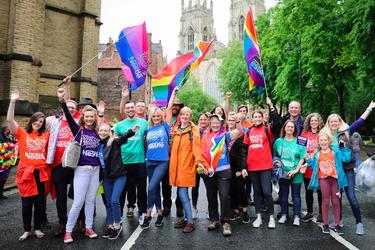